Earth breaking of first ever nursing university in Pakistan

Islamabad, 8 December 2021: Earth breaking of the first ever Nursing University in Pakistan was performed here on Wednesday. The state-of-the-art facility is expected to bring qualitative change in the healthcare sector of the country.

In this connection an impressive earth breaking and contract signing ceremony was held at Islamabad. Major General Dr. Sheikh Salman Bin Ateyatalla Al-Khalifa, Commander of the King Hamad University Hospital was the chief guest on the occasion. Ambassador of the Kingdom of Bahrain to Pakistan H.E. Mohamed Ebrahim Mohamed Abdul Qader, Dr. Faisal Sultan, Special Assistant to Prime Minister on Health and other senior officials attended the ceremony. 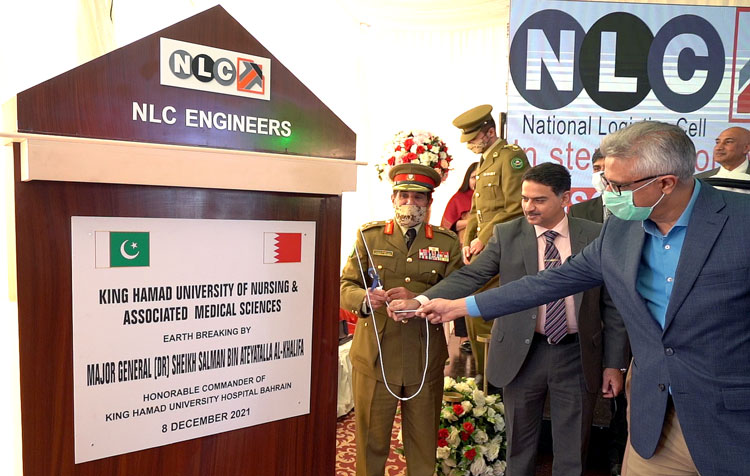 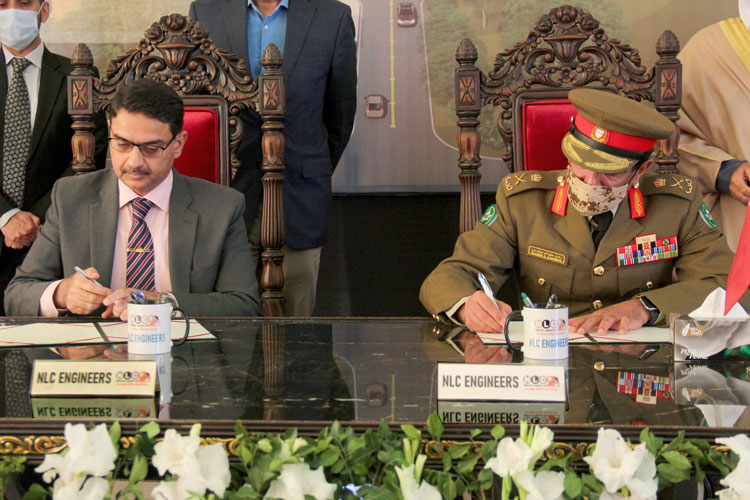 Spread over an area of 237 Kanal, the university will graduate around 500 students every year which will help meet the growing demand of qualified and skilled nursing staff in the hospitals of the country. National Logistics Cell (NLC) has been awarded the contract for construction of the prestigious nursing university

In his welcome address, Director General NLC, Maj Gen Yusuf Jamal termed the project as testament of strong brotherly relations between Pakistan and the Kingdom of Bahrain. He said that award of the prestigious project was a matter of pride for NLC Engineers and assured that highest quality of work will be maintained in construction of university building and allied facilities. DG NLC also highlighted the role of NLC Engineers in the nation building efforts.

Major General Dr. Salman Bin Ateyatalla Al- Khalifa said that the university was a gift from the Kingdom of Bahrain which was announced by His Majesty King Hamad Bin Isa Al-Khalifa during his maiden visit to Pakistan. He hoped that the project will go a long way in further strengthening the existing bond of friendship between Pakistan and the Kingdom of Bahrain. He said that Bahrain will provide USD 13.262 million for the project.

It is worth mentioning here that the project will be completed in two phases. Phase 1 include construction of college & administration block, one female hostels, staff residential block, cafeteria & retail shops, services caretaker block and allied external services.